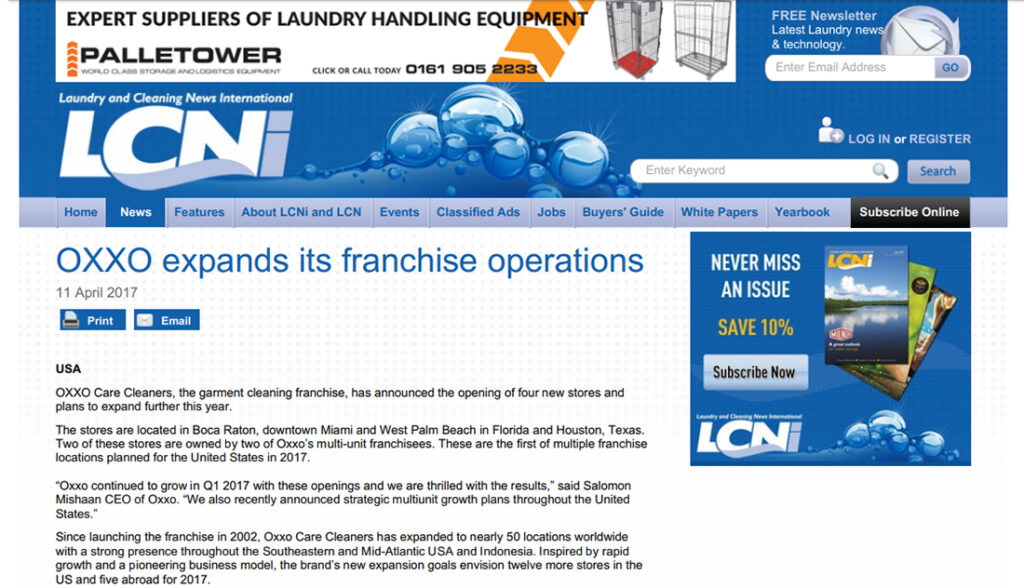 USA OXXO Care Cleaners, the garment cleaning franchise, has announced the opening of four new stores and plans to expand further this year. The stores are located in Boca Raton, downtown Miami and West Palm Beach in Florida and Houston, Texas. Two of these stores are owned by two of Oxxo’s multi-unit franchisees. These are the first of multiple franchise locations planned for the United States in 2017. “Oxxo continued to grow in Q1 2017 with these openings and we are thrilled with the results,” said Salomon Mishaan CEO of Oxxo. “We also recently announced strategic multiunit growth plans throughout the United States.” Since launching the franchise in 2002, Oxxo Care Cleaners has expanded to nearly 50 locations worldwide with a strong presence throughout the Southeastern and Mid-Atlantic USA and Indonesia. Inspired by rapid growth and a pioneering business model, the brand’s new expansion goals envision twelve more stores in the US and five abroad for 2017.