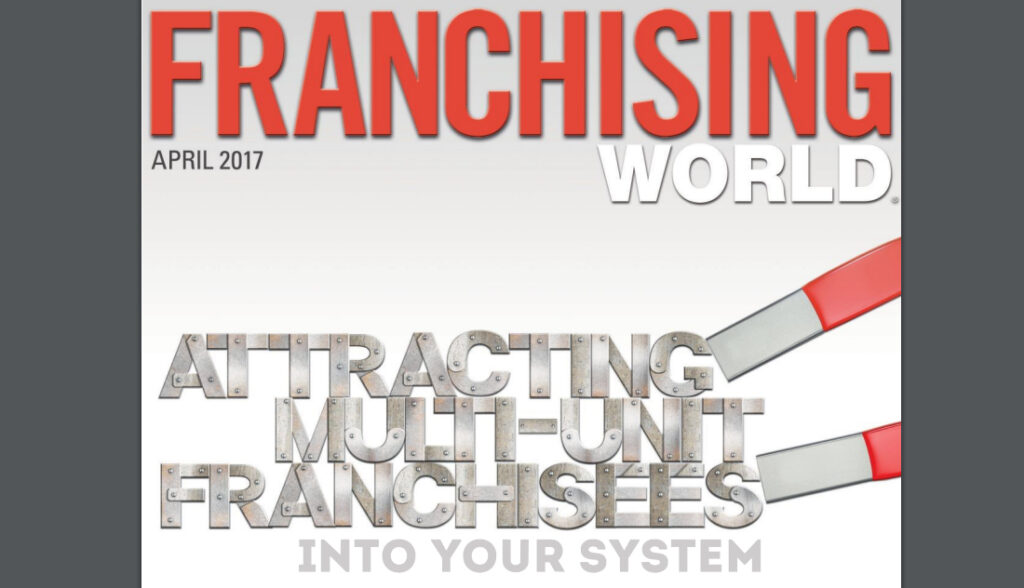 “You can never afford to stand still, because that’s a sure path to stagnation.”

Successful franchisors constantly learn and innovate. It’s not enough to have a unique or first­ to-market idea. You must constantly evolve and update your franchise to maintain steady growth. And if you set out to sell multi-units, demonstrating to the marketplace that you truly care about the community in which you operate will be critical. This is one of many reasons why environmentally responsible franchises are fantastic opportunities; they reflect social as well as growth priorities.
At OXXO Care Cleaners, we have learned countless franchising lessons since founding the company in 2000 and offer this “best of’ collection of hard-won franchising wisdom. In addition, I hope to demonstrate the benefits and importance of operating an environmentally friendly and safe franchise from both business and community perspectives.
When I came to the United States from Venezuela in 2000, I knew I was entering the most competitive marketplace in the world. Moreover, it was right at the beginning of the dot-corn bust, when the business world looked to be imploding. I arrived with a background in textiles, an analytical mind, and the knowledge that a time of upheaval is often an opportunity for those willing to seize it.
During daily life, I observed that the great majority of U.S. dry cleaners relied on a dangerous chemical known as perchloroethylene, a carcinogen unhealthy for both human skin and garments. Also found in paint strippers and spot removers, PERC emits vapors so strong that most dry cleaners leave their doors open permanently. Additionally, the companies used industrial boilers, steam systems so hot and inefficient that they literally turned cleaners into sweat shops.
As a prospective franchisor, you should begin with the same question I did: Is there a way to radically improve this space and deliver a leap in value to the market?
FROM DRY TO AIR: BUILDING A BETTER APPROACH
A market research study identified that there was indeed a strong demand for innovation in U.S. dry cleaning, and I learned where to target. First, this was the beginning of the “green” revolution in public awareness.
The Toyota Prius hadjust landed in the states, and science news was loaded with greenhouse gas discussions. Tied to that, people were increasingly aware of how badly chemicals could impact their health.
In 1998, a group of dry cleaners who were tired of PERC and its toxic effects founded a company called GreenEarth Cleaning, which came up with a silica-based process (liquefied sand, actually) that could clean better than petrochemicals and with none of PERC’s negative effects. It was the perfect fit, and OXXO Care Cleaners licensed their technology.
Second, we found that people preferred European-style hand ironing over conventional steam methods. Those steam boilers are all diesel­powered, and if you want to turn on just one press you have to turn on the entire system. With an electric approach, you
IMPLEMENTING VALUES IN FRANCHISE OPERATIONS
A great franchise, however, is not born solely from using modem high-tech machinery and a novel idea. The OXXO franchise is based around a single core value: caring. It’s not “green”; green is a by-product of caring. We care for the environment,our customers,our workers, the clothes we handle. Everything we do is executed with a passion for caring.
When you run a value-based franchise, it’s important to make sure that employees and franchisees share your value priorities. We weren’t as careful about this in the beginning, and the oversight quickly proved to be a mistake. Having people throughout the organization aligned on a common message and mission helps to build your brand and presents a unified experience to customers, no matter if they’re visiting the remotest franchise location or the corporate headquarters ]obby.
LESSONS FROM THE ROAD
People sometimes ask me where or what I studied to be a successful franchisor. For better or worse, I didn’t. I learned the ropes while climbing. The most important thing is to have a high-value, reproducible concept that solved at least one deep and widespread problem.
Second, gathering the right people around me for support was essential. It was paramount to develop a concept completely unlike anything already being done. If nothing else, we needed that novelty around which to develop a market niche and to establish a lead against whatever competition would follow. Another advantage when building a franchise: make sure the entrenched competition bas a very hard time following in your footsteps.
This isn’t to say that the franchise journey is without challenges. For example, real estate has been expensive since the market recovered after 2008, especially in the locations we want. We’re going after high-end customers.
For the demographics that fit our model, there aren’t that many population centers. Targeting multi-unit franchisees definitely helps on efficiency in this regard, since it’s easier for a centralized cleaning location to service several smaller automated outlets.
Currently, we’re focused in Florida, Texas, and New Jersey. In time, we’ll connect those dots across the Gulf Coast and up the Eastern seaboard. It’s almost like a military operation. Our plan is to turn these strong footholds into solid fronts with stable supply and communication lines. In practical terms, this growth pattern will enable us to offer more centralized support and easier distribution.
Not least of all, you can never afford to stand still, because that’s a sure path to stagnation. Since our first store opened in 2001, we’ve improved our equipment and processes. We introduced the drop­store model, which has also opened the door to sub-franchising opportunities. We’re always looking for paths to positive change, and those aren’t as bard to spot as you might think.